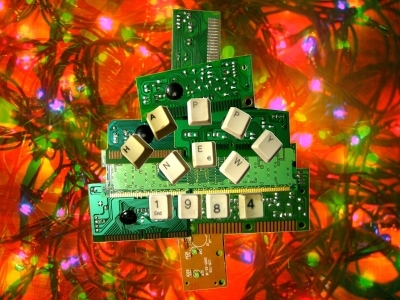 Ein bisschen shoppen, Enkel fotografieren und .. zack! .. fertig ist das Terroristenpärchen: "A security guard told them that cameras were banned because of the risk of a terrorist attack."

Lange Rede.. here they are:
END_OF_DOCUMENT_TOKEN_TO_BE_REPLACED

Every now and then, I have phone calls with the BKA (Federal Criminal Police Office). Or rather, I always have phone calls with the BKA, because everytime I am on the phone, the BKA is listening. To make it clear, because apparently concerning this, everythin is being misunderstood by everybody: I do not talk to the BKA. You just can’tt avoid that they are listing. And to make sure that the BKA is not misunderstanding this: I do not actively try to avoid it. Because, according to the files, every attempt to avoid this is „conspirative behaviour“ and thus at least in Andrej’s case virtually the direct indication that attacks are being planned, executed or at least confessed in written. Or that it is being prepared to plan, execute or confess. Insofar, I will keep my hands of behaving in any way conspiratively, which incidentally with such extensive surveillance measures is not particularly easy. That’s not right, I still use GPG. Not exactly consequent, but on the other hand I am not accused and in effect I have a certain right to privacy according to the constitution (Grundgesetz) and the Federal Constitutional Court (Bundesverfassungsgericht).

Which reminds me that I recently used the phrase „and then they will certainly think again that we are planning attacks“, while to my knowledge nobody thinks that I am plannning attacks at all and then internally bit my tongue, because I’ll have to fear that the BKA and the attorney general will now maybe think that I might want to plan attacks. Which is not the case (hello BKA, once more for your notes: I am not planning any attacks), but maybe they will interpret it in the way that I identify myself so much with all of this politically-repressive mess, that I am a part of it. Although, it is just the case that I am included in the surveillance and thus take it pretty personally, too. About the effects of having it in the written that all phone calls are monitored, I could write a lot more, maybe later.

Back to todays phone calls, they took pretty absurd turns: Andrej’s mobile „didn’t work“ – that happens often, which is not really a problem, except for maybe that the attorney says that the phone should stay on at all times, to make the impression … cf. above. He calls himself from a landline and reaches my mailbox instead of his
mobile. He then calls me from the same landline with the request to call his mobile, which I then do. And I reach my own mailbox with the challenge to enter my mailbox PIN, which normally only happens if I call it from a phone different then my mobile. Does something like this happen, because different agencies are listening in at the same time, or because the circuits were messed up? Are there communication technology apprentices that are practicising on us?

Furthermore, our emails partially do not arrive. Demonstrably, tested several times. I am completely mystified on how that can happen at all, but it does.

A nice example for this is Andrej’s attempt from yesterday evening, to subscribe himself to a so36.net mailinglist: no reaction atall to his -subscribe mails. Thus I tried the same thing as list administrator, yesterday night at 22:56, no reaction until today 21:28. He was demonstrably not on the subscriber list. This evening, the IT experts of BKA and co. seem to have sorted so far that mails are coming through again, by now he is subscribed.

Nearly exactly two months ago, the Berlin LKA forced open our door at 7 am, knocked my sweetheart to the floor, stormed our bedroom and the rooms of our children with drawn guns and since then, our life has been turned upside-down. I cannot say that I got used to it, especially because the authorities are doing their best to not let normality rise (that is maybe the idea behind it). Therefore, and because I am no longer that stunned as at the start, I have decided to document the daily insanity. More at einstellung.so36.net/en.