Germanys extremely popular minister of defense Karl Theodor zu Guttenberg resigned from office yesterday. There are two or three interesting aspects which make this resignation different from others.

The starting point was an article about his doctoral thesis (law) containing a number of plagiarisms, published maybe three weeks ago. This led to a vast wiki-based online collaboration of many people looking for pieces in the thesis that were in fact copied from elsewhere. Within days it turned out that approx. 70% of the 400+ pages didn’t have the necessary footnotes. The collaboration on this was started on Google docs but was moved to a proper wiki shortly after: http://de.guttenplag.wikia.com/wiki/GuttenPlag_Wiki

Guttenberg and his political allies – including the chancellor – tried to belittle the whole affair as irrelevant to his being minister of defense. Alongside wild public debates an open letter was set up by doctoral students protesting against the belittlement of their academic work. Within days 30.000 signatures were collected online and handed over to the chancellor. Almost – the students were refused at the entrance of the Office of the Federal Chancellor and told that because of terrorism dangers the signatures couldn’t be accepted.. (not sure if this is really true but it could be). They were all over the news anyways. 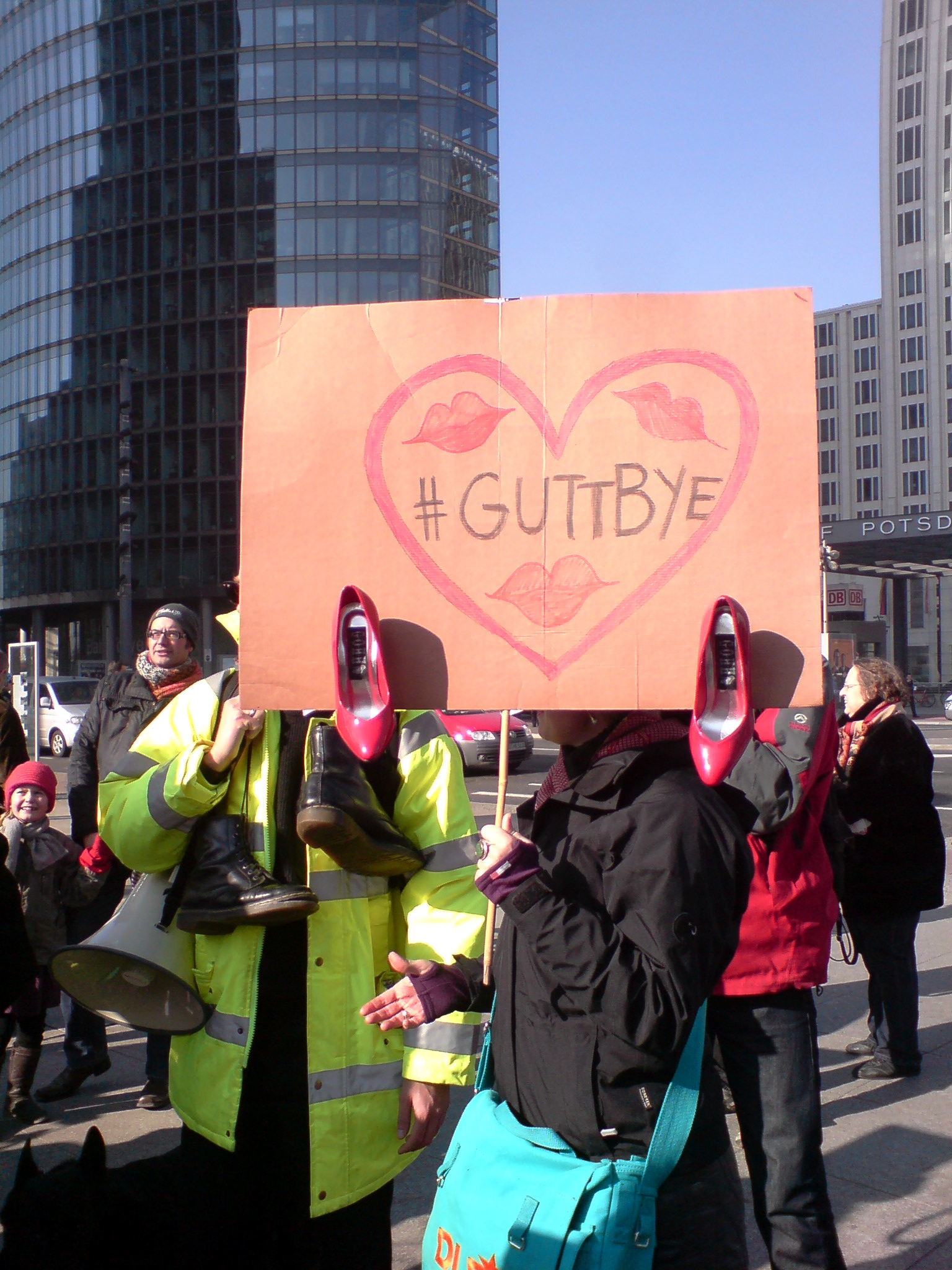 Lastly Berlin’s first demonstration took place last saturday that was organised solely through Twitter and social networks. Some 500 people gathered in Berlin’s commercial center and marched to the ministry of defence holding up shoes – a reminiscence to the Arab shoes. This got attention in virtually all of Germany’s news, major tv news included. I’ve never participated in a demonstration that small – there wasn’t even music – that got this much national attention. (Some pictures here http://www.flickr.com/photos/tags/guttbye/interesting/)

Another Twitter revolt, style: western industrialised country? I don’t think so. Both tv and big printed papers played the decisive role. But what’s interesting is how public attention is moving ‚our‘ way. Why would less than 500 people protesting against a corrupt defense minister play any role at all? Because ‚the net people started it‘, via Twitter.

The fact that the amount of plagiarism in the dissertation was detected so fast by using a wiki played a role. It was noted widely that online collaboration can be very different and very effective in campaigning against politicians who didn’t have to fear this kind of attack so far.

Both the plagiarism detectives and the doctoral students wouldn’t have been able to get together, do something and go public this waybefore.

We’ve had Twitter, wikis, open letters online for a while. What’s new is the way this is being discussed. And the resignation of the most popular politician Germany’s had for years.